A Communication Workshop for Modern Managers 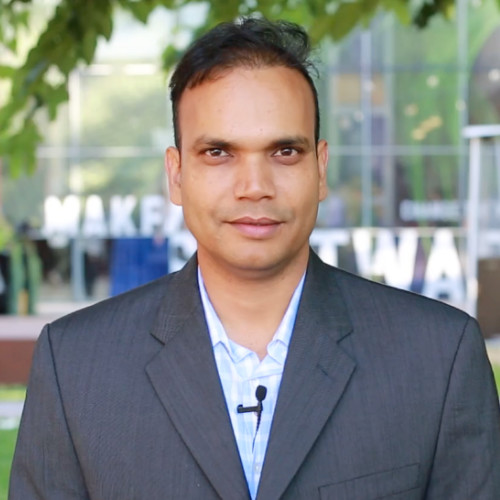 Have you ever left a meeting or conversation feeling like "I so could have communicated that better!" Don't beat yourself up, all of us have had that feeling. As we prepare to enter our third year of remote work we wanted to take some time to review some tips and gain new insights around how to communicate effectively both when in person or on zoom.

Join us on Friday February 25 from 4 to 5 when JD Schramm leads a highly interactive session on how to Communicate with Greater Mastery. Participants will learn:

JD Schramm is known throughout Silicon Valley for his skills as a communications coach and educator. For 13 years he lead the communications initiative at Stanford's Graduate School of Business; now he works with individuals and teams on effective communication. He's a TED speaker, published author, and engaging presenter. 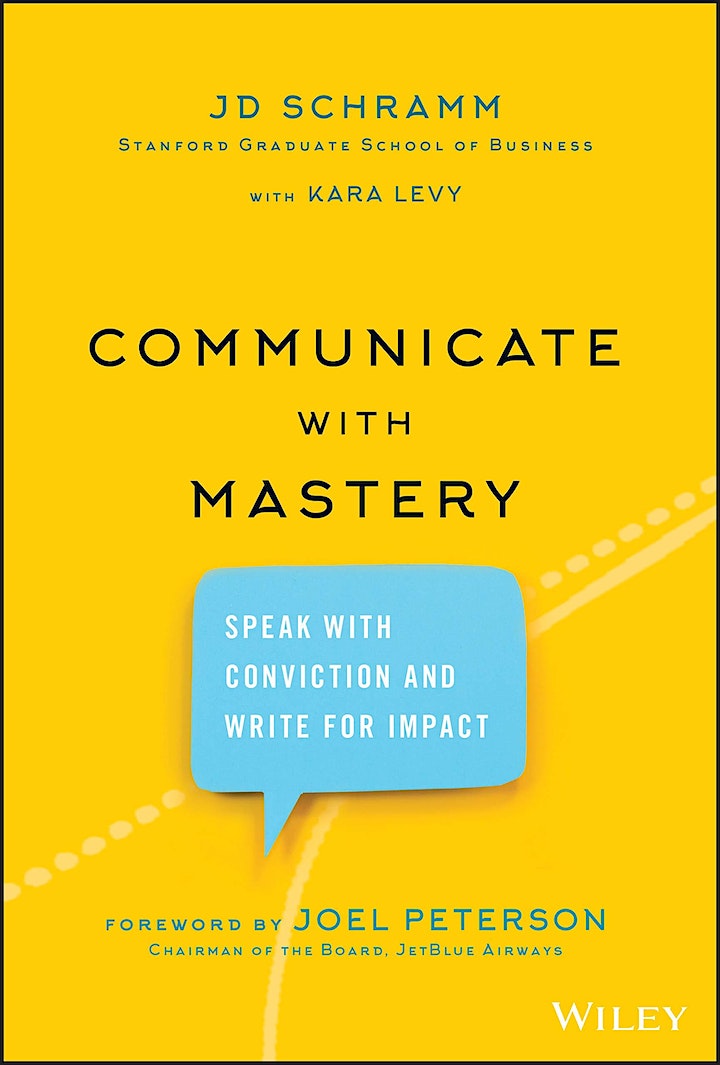 Founded and led the Mastery in Communication Initiative at Stanford’s Graduate School of Business, where he’s served as lecturer in Organizational Behavior since 2007. He helped grow the communication offerings at the GSB from none in 2007 to more than 20 sections of elective courses in the 2019. He co-founded the LOWKeynotes program, where students work with a professional communication coach to conceive, prepare, and deliver a nine-minute TED-like talk to a packed audience of their peers.

JD Schramm has spoken at TED and TEDx events and has coached scores of others to do the same. His writing has appeared in the Washington Post, the San Francisco Chronicle, the Huffington Post, and HBR Online. A sought-out speaker and trainer, he’s worked with firms and groups including the Aspen Institute Presidential Fellows for Community College Excellence, Qualtrics, YPO, Facebook, Breakline, Jane Street Financial, GenenTech, Ciena, AQR Capital, Adams Street Partners, and Google. JD is an active member of the LGBTQ community, particularly focused on inclusion efforts within higher education and communities of worship. He’s an advocate for suicide prevention, foster care services, and HIV/AIDS research.

During the 2018–2019 school year he served as the faculty director for Columbia University’s Career Design Lab in San Francisco, an innovative West Coast presence for Columbia. Schramm holds his Ed.D. in higher education leadership from the University of Pennsylvania, his MBA from NYU’s Stern School of Business, and his BFA in theater from Emporia State University in Kansas. He and his husband, Rev. Ken Daigle, make their home in San Francisco raising three very active children.

JD is very popular among stanford students and startups in the bay area.